India win by 6 wickets in Chennai T20, 3-0 clean sweep of the Indies

Team India defeated the West Indies by six wickets in the third T20 match played in Chennai and cleared 3-0 in the three-match series of the visiting team. Batting first, winning the toss in this match, West Indies lost 18 runs in the 20 overs and scored 181 runs and gave India the target of 182 runs to win. In reply, Team India made the West Indies dust on the last ball.

Shikhar Dhawan has played an unbeaten 92 runs in 62 balls including two sixes and 10 fours.Apart from this, Rishabh Pant made an unbeaten 58 in 38 balls. Dhawan returned to the form by playing his best innings of career, scoring 92 runs in 62 balls with two sixes and 10 fours.They shared a 130-run partnership for the third wicket with Pant (58 runs in 38 balls, five fours, three sixes), which helped India achieve 182 for four at 182 for four wickets.

Dhawan got Man of the Match award for his outstanding innings and Kuldeep Yadav was awarded the Man of the Series award.

On the other side, West Indies' Kei Powell and Oshana Thomas and Fabien Allan took one wicket each.

With the help of the explosive half-century of Nicholas Puran (53 not out), the West Indies kept this goal in front of India. Puran scored 53 runs in 25 balls and Darren Bravo contributed 43 not out. Both batsmen shared 87 runs for the fourth wicket. On the India side, Yuviwendra

Chahal made two more, and Washington Beautiful took one wicket each. 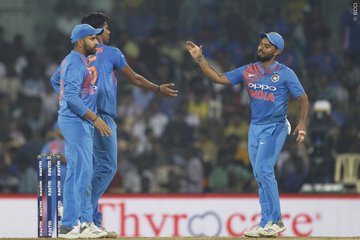 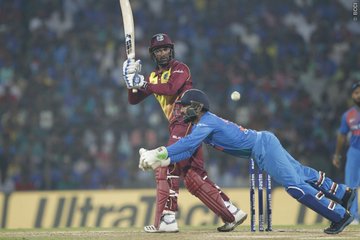 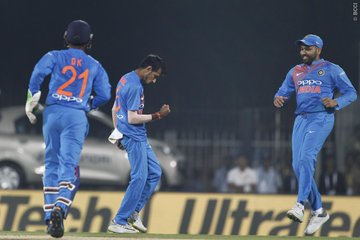 84 people are talking about this

Indian Railways offers the facility of booking Tatkal tickets both online and offline. A Tatkal ticket is meant for passengers who do not have a reserved accommodation and are looking to travel at a short notice.

The Nation will never forget your greatest sacrifices. You people are real hero of our country. You will be always remembered by 125 crore people if India for your bravery and Tribute towards the nation

RRB Railway ALP Technician CBT 2 Answer Key 2019: "The answer key of the RRB Second stage CBT of ALP, Technician recruitment examination will be released either on Saturday or Sunday. Once released, the candidates will get a time period of two to thr

Yashwant Sinha said, "The government`s only effort in this budget is to provide cash to people of different classes and take votes. I.e. cash for vote is their original mantra. `

Budget 2019: Government looted the treasure, read what happened in your part

Budget 2019 Big Highlights Just before the Lok Sabha election, Piyush Goyal presented the interim budget today. Government has made big announcements for farmers, laborers. However, no changes have been made in the tax slab.

Army recovered a map from slain terrorists on which markings were made in Pashtun language leaving no doubt that they were trained in Pakistan and sent across the LoC to launch suicide attacks.

India is one of the youngest nations in the world. In order to capitalise on this demographic dividend, however, India needs to ensure access to quality education and employment opportunities. India’s youth increasingly aspire for greater empowerment

The Modi government is preparing to introduce a universal basic income scheme before the Lok Sabha election due by May, sources say.